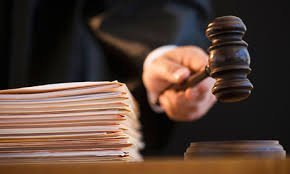 Recently, the Michigan Court of Appeals ruled that marijuana possession was not enough to warrant police to seize property. This particular case began back in April 2013 with a traffic stop in Westland, Michigan. A police over pulled over pizza delivery driver, Linda Ross, and found a gram of marijuana in her possession. Her 2007 Ford Focus was seized under civil forfeiture laws. These laws allow for police to confiscate any property that was used to commit a crime. Linda was forced to watch as her car was towed and then later sold in auction with the money going to the Westland Police Force.

Linda’s father quickly hired William Maze, who specializes in forfeiture cases. During the trial, the police officer who seized the vehicle testified that Linda told him that she purchased the marijuana from a customer she recently had delivered a pizza to. In contrast to what he said, Linda testified that she received the gram of marijuana as a tip and it wasn’t her intention to go to this particular customer’s home to purchase marijuana. Her attorney, Maze, stated “The question in this case was, did she purchase marijuana? If not, they can’t seize the car. Possession of a drug isn’t enough.”

A Wayne County Circuit Judge agreed with Maze, that possession was not enough but because the vehicle was used to receive the marijuana the police had every right to seize the vehicle. This decision was later overturned by the Court of Appeals. The appeals court stated, “Despite Linda’s testimony that she sometimes received marijuana as a tip from various customers, there was no evidence that she expected to receive it on this particular occasion, that this particular customer had given her marijuana before, or that she was motivated to go to the customer’s house by anything other than a delivery call.”

Although this verdict is a small victory for Linda, the decision does not entitle her to a new vehicle or a monetary settlement for a replacement. For that, she would have to go into another legal battle with the police department and possibly the state.

What we have learned is that Michigan does not require police officers to file an annual report of forfeiture cases but they are working to change that. The Detroit News reported that there are laws waiting to be signed by Gov. Rick Snyder, that would make it mandatory to report all forfeitures along with “clear and convincing” proof of evidence that any property seized was in fact used to commit a crime.